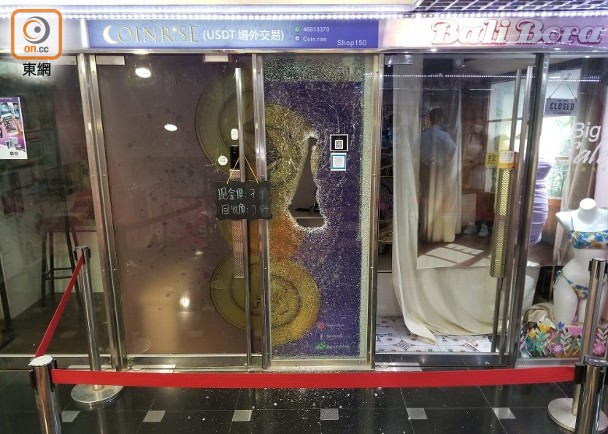 Criminal damage in Mong Kok. At about 10 o'clock tonight (12th), the police received a report from the security guard of the shopping mall at 608 Nathan Road, saying that a shop on the first floor had been smashed by a hammer to the door glass. When the police arrived at the scene, they found that the glass door of the virtual currency exchange shop had been smashed, leaving a large hole, so they contacted the person in charge surnamed Su (30 years old) to go back to the shop to understand the situation.

After a preliminary investigation, the police classified the case as criminal damage, and reviewed the CCTV footage of the shopping mall, looking for a man about 30 years old, about 1.5 meters tall, who was wearing a black shirt, black hat and white shoes at the time of the crime, holding a blue The man with a colored plastic bag and a red hammer was brought to justice. The Mong Kok District Criminal Investigation Team is following up the case.