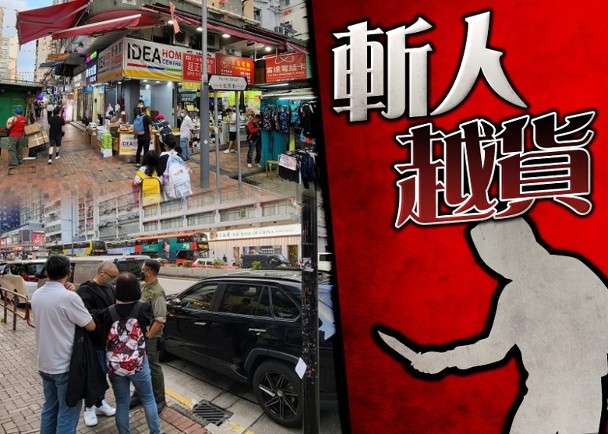 Robbery in Sham Shui Po. At about 4 pm today (17th), a male staff member surnamed Zhang (45 years old) of a money changer passed by Cheung Sha Wan Road near Pei Ho Street when suddenly two men jumped out of the dark. A knife about 20 centimeters in size and a stick attacked the victim and snatched a grey briefcase containing HK$900,000 in cash. After the knife bandits succeeded, they took a private car and fled in the direction of Cheung Sha Wan without a trace. Neighbors assisted the police when they saw it.

Ambulancemen arrived after receiving the report. The male victim was beheaded and bleeding on his left foot, and his shoulder was also bruised. After bandaging, he was sent to Caritas Hospital for treatment. The police cordoned off the scene and, after preliminary investigation, classified the case as "robbery" and handed it over to the Sham Shui Po District Crime Squad for follow-up. They will review the nearby CCTV footage and track down the perpetrators. They are about 1.7 meters tall. He was wearing a grey long-sleeved top, dark trousers, a black cap and a black mask at the time of the incident.