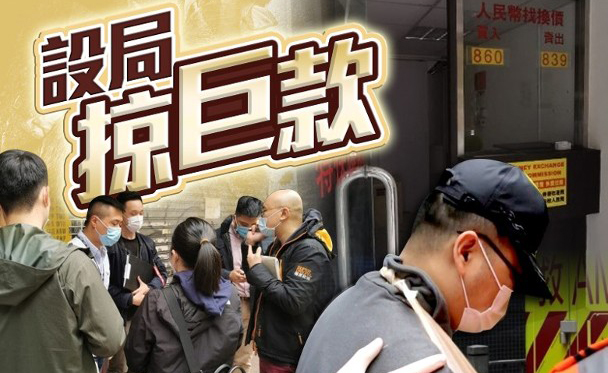 Theft of trading virtual currency occurred in Tin Hau! At 1pm today (23rd), a male staff member of a money changer in Tsim Sha Tsui with the surname Huang (33 years old) and a male colleague with the same surname Wu (31 years old) met with two men to a money changer at 41 King’s Road. Settlement of virtual currency Bitcoin (Bitcoin), involving approximately 3.85 million Hong Kong dollars in cash. The two parties conducted transactions and counted cash in the store. During the period, a man on the other side claimed to go through the formalities and took the cash with him.

Huang and Wu waited for a long time and did not see each other return, feeling very suspicious, so they went to find each other with another man who remained in the store, but unfortunately they did not see him. Huang believed that the other party had taken a huge sum of money to "go away" and planned to call the police. For help. According to the news, the man left behind, upon hearing the news, immediately turned and fled. Huang Nan was unwilling to be robbed and followed and pursued him. He was successfully intercepted and subdued in the parking lot of Park Towers at No. 1 King's Road, and called the police.

The police arrived at the scene and intercepted the man who was suspected of collecting money and fled. However, they did not find it. After preliminary investigations, they arrested the man named Wang (28 years old) as a construction worker on suspicion of theft and took him into custody. Return to the police station for investigation. Huang accidentally fell while chasing the suspect and injured his right hand. After an initial bandage by an ambulanceman, he was sent to hospital for treatment. It is reported that the money changer involved in the case has been vacant.

The police are further investigating the inside of the incident and are investigating based on the clues provided by the victim. The man involved took the money and fled to the court. He has short hair, is about 20 to 30 years old, is about 1.75 meters tall, and was wearing a black jacket and long black at the time of the crime. Pants and dark mask.

According to the information, Bitcoin has been rising rapidly and has repeatedly hit new highs. According to CryptoCompare data, the latest offer is about US$54,200.

Recently, virtual currency delivery robberies have occurred from time to time. On January 18 this year, a female seller of "USDT" (USDT) conducted a transaction with a buyer in a commercial building and transferred 450,000 TEDA coins to the buyer on the spot. After receiving about 3.5 million Hong Kong dollars in cash, he was robbed of the cash and mobile phones by several men with swords and sticks. The police subsequently arrested an Indian man and a local man and charged with one count of conspiracy to robbery. According to information, from January to October last year, the police received a total of 399 technology crimes related to virtual currencies, involving a total amount of approximately HK$82.4 million.