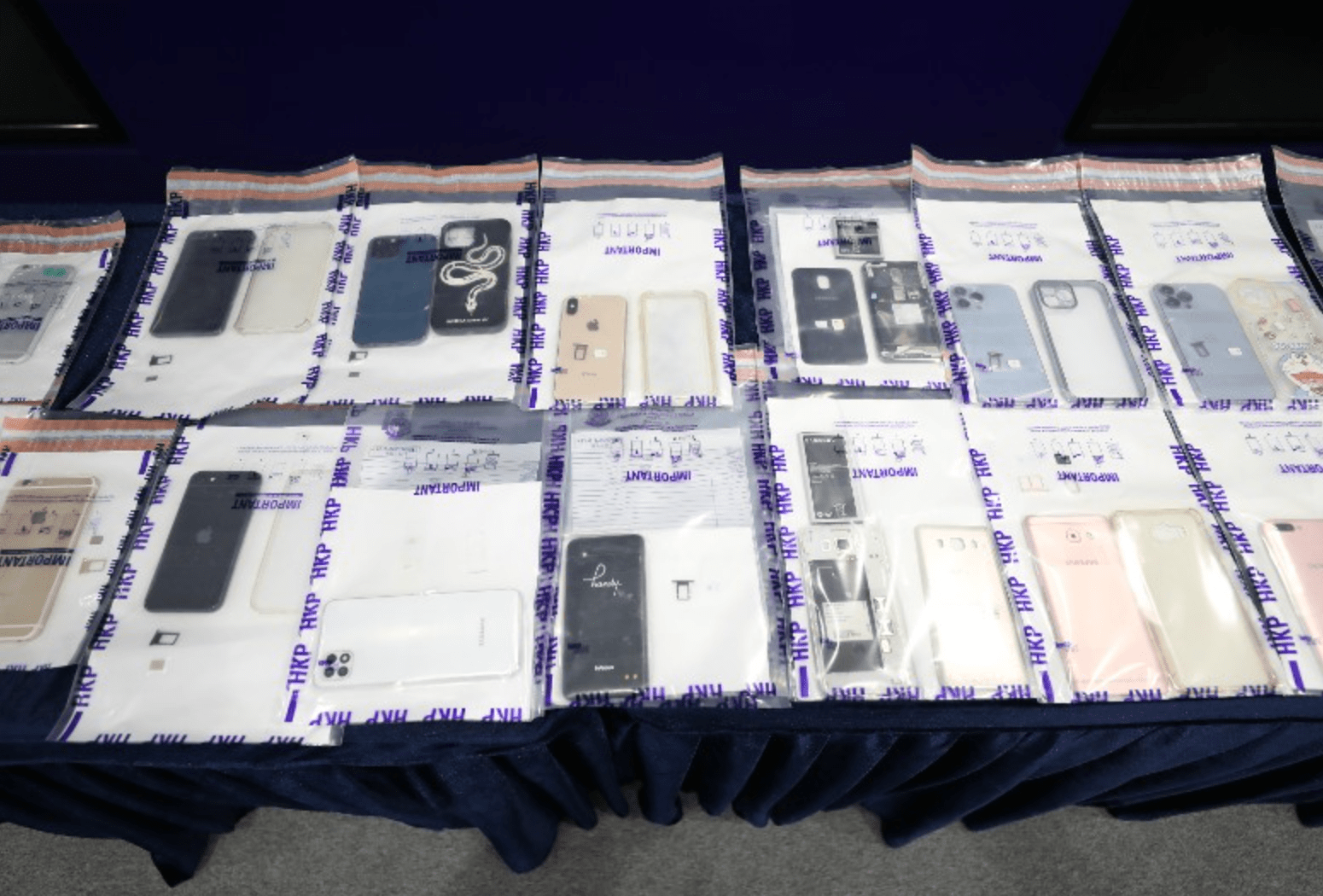 A criminal group used "quick money" as a solicitation to lure four victims into a hotel room in Mong Kok after meeting them. For money laundering purposes, and through round-the-clock guards and verbal intimidation, victims are prohibited from contacting the outside world. The police received a report from the family of one of the female victims earlier. The day before yesterday (26th), they followed the line to solve the case and rescued a number of victims. Five men and one woman (18) were also arrested on suspicion of "conspiracy to defraud" and "unlawful confinement". to 40 years old), including key members of the group, and 2 of them belong to Nan Yahan, who are looking for the rest of the group.

New Territories South Regional Crime Squad Chief Inspector Zhou Zixuan said that the Shatin Police Station received a report from the family of the 21-year-old female victim last Friday (25th), saying that she lost contact after leaving home for work a few days ago. The case was initially handed over to the New Territories South Regional Missing Persons Investigation Team for follow-up, and the female victim was successfully located in Mong Kok district the next afternoon.

Based on the information she provided, the police dispatched officers from the Regional Crime Squad and the Sha Tin Police District Anti-Terrorist Squad to rush to a hotel room in Mong Kok and successfully intercepted 3 male suspects, who were believed to be imprisoning the 3 victims in the same room. On the other hand, they also dispatched officers to an industrial building unit in San Po Kong and arrested two other men and one woman suspects on the spot. During the operation, the police seized a computer, 15 bank cards and 24 mobile phones.

It is reported that the arrested persons include 3 local men, 1 Pakistani Han, 1 Indian Han and 1 Indonesian woman, who reported to work as construction workers, salespersons or unemployed respectively. Some of them are key members of the group. As for 3 men and 1 woman The victims (aged 21 to 37) worked as waiters or construction workers. According to the investigation at this stage, the group involved has been promoting through different online social platforms and "Cold Call" since the beginning of March, and used "quick money" as a solicitation to attract a large number of victims.

The group would require the victim to open a bank and virtual currency account in advance, and then conduct an interview. However, during the meeting, several group members suddenly appeared, and then forcibly took the victim away, arranged for them to stay in a hotel, and handed over their mobile phone, account password and login information.

The victims were illegally detained from last Wednesday (23rd) to the day before the previous day. During their stay in the hotel, in addition to being guarded 24 hours a day, the other party would also maliciously intimidate them with words and spirits, prohibiting them from taking half a step out of the room, in order to cut off their communication with the outside world. connect. The police also found that although the four victims had no monetary loss, during their imprisonment, someone’s virtual currency account was manipulated to handle funds from unknown sources, which is believed to be involved in fraud or money laundering criminal activities.

All the arrested men have been charged with one count of "conspiracy to defraud". One local Han and two South Asian Han have been charged with "unlawful confinement". The cases have been brought before the Shatin Court today (28th). The remaining 1 woman is being detained. The police are making every effort to track the flow of unknown funds and arrest the fugitives.

Zhou Zixuan pointed out that the police have noticed that the economy has been unstable in recent years, and many criminal groups have targeted the public's mentality of "getting quick money" and spread false propaganda through online platforms. Manipulate victims in a way that turns them into tools for money laundering. The police reminded the public not to step on the trap out of haste, and to pay more attention to the methods of crime to avoid property damage or personal injury.