"Guess who I am" Er, the elder 1.15 million yuan, the police broke the electricity and defrauded the group and detained 4 people including the main brain 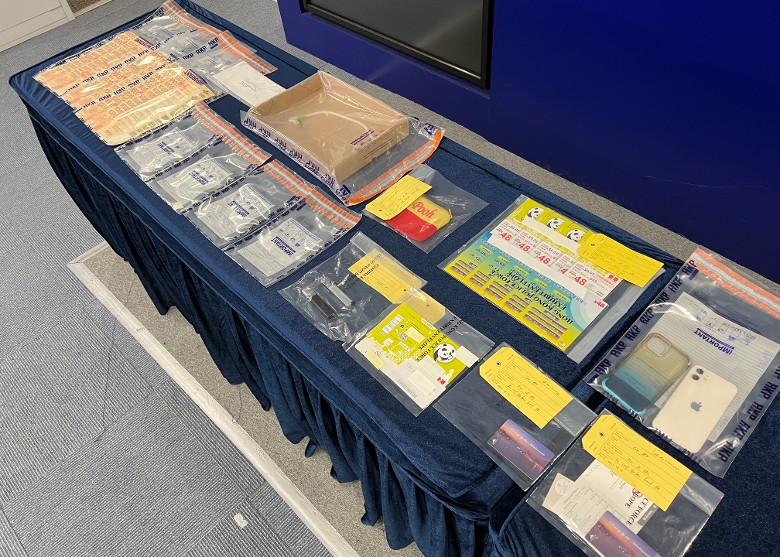 Phone scams don't stop! From December last year to April this year, the police received more than 10 cases of "guess who I am" telephone scams across Hong Kong. The group involved randomly called the victim, pretending to be the victim's son or relative, and falsely claiming that the phone had just been replaced. number, ask the other party to update the number for contact. After the swindler has gained the victim's trust, he will ask the victim to bring a large amount of cash to a designated place on the same day or the next day, under various excuses such as being arrested or involved in a fight, and hand it over to his "friend" for assistance, and then flee with the money. . Xie Zikun, chief inspector of the Hong Kong Island Regional Crime Unit, pointed out that the victims were between 65 and 92 years old, and most of them were women.

The police collected intelligence and targeted the target. Yesterday (20th), one of the suspects was found in Fortress Hill 1 Park. He witnessed that he received HK$70,000 in fraudulent money from the 76-year-old female victim. Another suspect was watching the water from the side. They immediately stopped and arrested two people. During the process, they also noticed that there was an 88-year-old mother-in-law nearby who looked flustered. After questioning, she learned that she was preparing to hand over HK$150,000 in cash to the suspect. Fortunately, the police found it in time. The police then went to the hotel where the suspect was renting, and found a small amount of suspected methamphetamine and smoking paraphernalia. The arrested persons include 3 men and 1 woman (aged 29 to 43), some of whom have gang backgrounds. All of them are suspected of "conspiracy to defraud", "money laundering" and "drug possession". They are currently being detained for investigation. person.

Tang Weiguo, Senior Inspector of Hong Kong Island Region, explained that the group adopts a three-tier structure, with the mastermind in charge of planning the details of the crime, manipulating the middle-level backbone and remote coordination; the middle-level backbone is responsible for contacting victims, renting hotel rooms, etc. In addition to recruiting downline members with money In addition, the case of providing drugs to lure criminals is not ruled out; as for the downline, it plays the role of collecting money and "watching the water", and finally turns over the fraudulent money layer by layer. Since the mastermind in the case went to a remittance company, it is believed that the fraudulent funds were transferred to different accounts, and the police will follow the direction of "money laundering". Siu Cheuk-yin, senior inspector of the New Territories South Regional Intelligence Unit, said that in the first three months of this year, the police had received 339 cases of electrical fraud, involving a total amount of nearly HK$130 million, an increase of about 70% over the same period last year. ” and “Guess who I am” accounted for 61% and 38% respectively, and the elderly are a high-risk group for being deceived. The Police appeal to the public to care for the elderly, remind them to pay attention to fraud prevention, and call the police if they are in doubt.