The police broke the money laundering group and detained 16 people including the backbone of the gang. 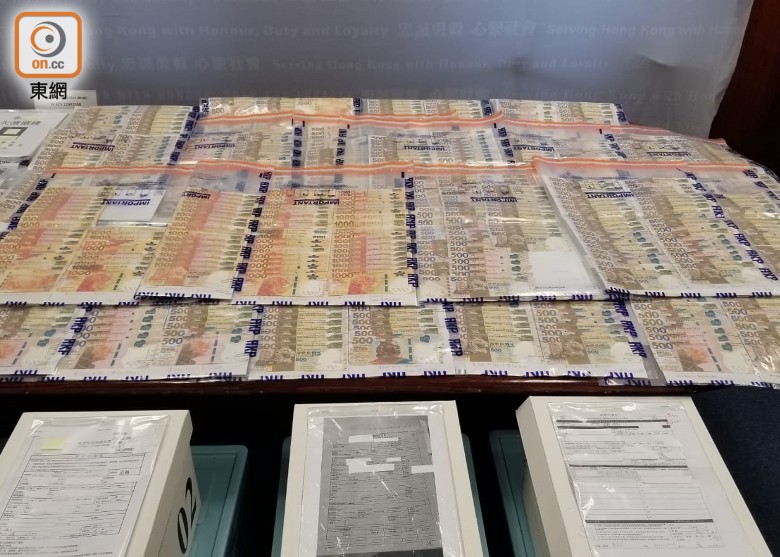 Last week, the police launched Operation "Volume Armor" to dismantle a money laundering syndicate. The assistant commander (criminal) of the Western District Police District, Superintendent Lei Junna, said that the money laundering center involved in the case is relatively large in recent years. In the last month alone, the group has laundered more than 4.6 million Hong Kong dollars in black money. After the police obtained evidence, 13 men and 3 women (aged 18 to 35) were arrested on the charge of "conspiracy to launder money", including 7 key members and 9 puppet account holders. The arrested persons reported as clerks and waiters respectively. , deliverymen, students or unemployed, most of the key elements have a gang background. They have been released on bail pending investigation and must report to the police in mid-June. Police investigations are still ongoing and more arrests cannot be ruled out.

The Chief Criminal Inspector of the Western District Police District, Huang Yuhui, said that at the beginning of this year, the police collected intelligence and identified a money laundering group controlled by gangsters, and then identified the operation center of a commercial building in North Point. After detailed deployment, the police took action on the afternoon of last Tuesday (17th). Detectives arrested two men on King's Road, North Point. They found two bank cards that did not belong to them, and then entered with a court warrant. The target unit and 5 men in the house were arrested. It is believed that the above 7 people (aged 27 to 33) are the backbone of the group. Huang refers to the relevant unit with an area of ​​about 1,000 square feet and is divided into 4 rooms. The police seized more than HK$1.3 million in cash, 43 bank cards, 44 online banking account login information and passwords, a batch of computers and more than 5,000 debts at the scene. personal information, etc. Evidence shows that the group controls at least 87 puppet accounts, and has millions of Hong Kong dollars remitted to local or overseas accounts through different channels. According to investigation clues, the detectives arrested 9 puppets (aged 18 to 31) last Friday (20th) and Saturday (21st), believing that they handed over their accounts to assist in money laundering.

Inspector Mei Bixin of the police district's serious crime team explained the operation mode of the group, saying that the backbone of the group rented the upstairs office as the operation center in his own name. In the name of "quick money", they paid thousands of Hong Kong dollars to the public to acquire accounts. The investigation also found that the relevant accounts and information would be used by more than one money laundering syndicate, and various types of criminal proceeds would be collected, including investment fraud, impersonation of officials, online romance and online shopping fraud. Hong Kong dollars to 45 million Hong Kong dollars, the highest one is the theft of the principal of a company, and there are also accounts involved in illegal gambling money, of which the proceeds are as high as 30 million Hong Kong dollars. She added that after the group received the money, it would be withdrawn in cash, then deposited in cash at the ATM or remitted in cash at the money changer, and transferred to the behind-the-scenes income account, thus making it more difficult for the police to track down and collect evidence.